The Aphia database structure has now been adapted to align with the guidelines from the paper “Improving nomenclatural consistency: a decade of experience in the World Register of Marine Species”.

Users of taxonomic information are often faced with numerous challenges in navigating taxonomic databases, including WoRMS. These challenges are mostly linked to – amongst others – determining how taxonomic issues such as misspellings of names, misapplications of taxon concepts, synonymisations and name recombinations are represented in a taxonomic database.

In 2017, the WoRMS Steering Committee published a paper entitled “Improving nomenclatural consistency: a decade of experience in the World Register of Marine Species” in the European Journal of Taxonomy. This paper defines the priorities and longer-term aims that promote the standardisation within and the interoperability among biodiversity databases and provides editors with further information on how to input nomenclatural data to Aphia in a standardised way.

To further promote this standardisation and recommended priorities, the Aphia database structure has now been adapted to align with the guidelines in the paper. This allows editors to assign a set of standardised reasons explaining why a name is considered ‘unaccepted’ or ‘uncertain’ and to better present and explain the more difficult situations encountered. This will improve the input interface for editors but also allow users to perform more targeted searches on species name statuses.

The paper itself serves as a guidance document for editors and is illustrated by examples of best practice wherever possible. It promotes consistency between the existing nomenclatural Codes and the editing of names in Aphia and WoRMS. By aligning the Aphia database structure with the content of this paper, the nomenclatural consistency within WoRMS and its many sub-registers will be improved, simplifying the use of WoRMS data in downstream applications and analyses, as well as enhancing the interoperability among biodiversity databases. Last but not least, it will provide extra clarification to users of WoRMS on how and why names are represented as they are. 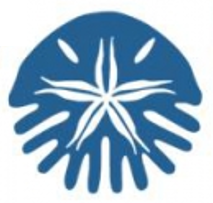